WHEN YOU NEED THEM

One of the best ways to improve the comfort of your home is to improve your heating system. Santoro Oil carries a wide range of oil-fired boilers & furnaces to meet your home's heating needs. We've partnered with leading manufacturers to offer units that use less energy and occupy less space in your home while providing a better level of comfort. 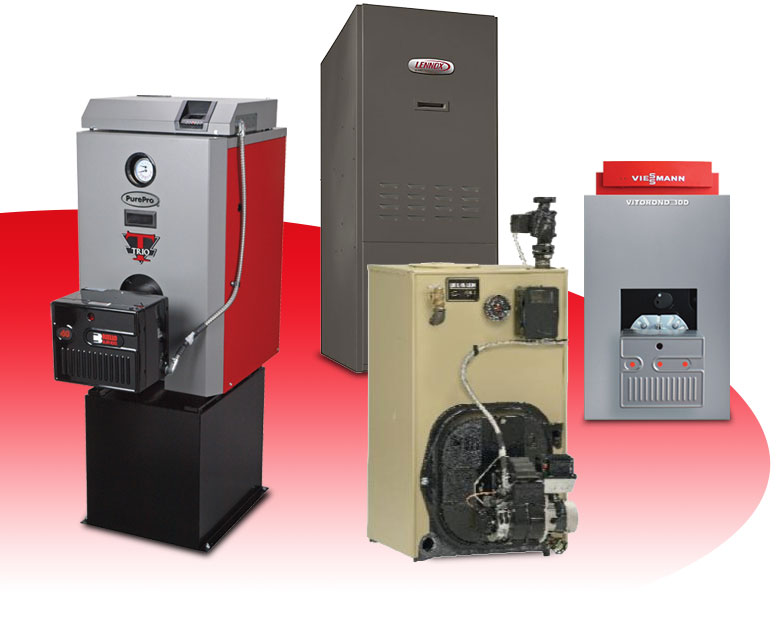 Why replace your oil boiler or furnace?

1. Efficiency - Some Oilheat systems boast efficiency ratings of over 95%.

3. Cost Effective - The Consumer Energy Council of America has studied the costs of oil and natural gas for over 25 years and has concluded that the prices have tracked one another over time and that over the life of a heating system the prices will be comparable.

Boiler or Furnace? How to tell the difference...

Boilers come in two varieties of steam and hot water. A boiler either heats up water or creates steam that travels through pipes in your home to radiators in older homes or baseboards in newer homes. Water is then returned back to the boiler once the steam cools or the hot water has traveled through the pipes. It is then heated up again and the process repeats.

Radiators are usually found in older homes and have been for the most part phased out by more efficient baseboard. Radiators resemble metal tubing bunched together in usually tall and wide constructs. They can be covered to blend in with your home decor as well.

A furnace uses hot air to heat your home. Using ductwork throughout your home the furnace heats the air which then travels to the room or floor in need of heat. The heat is delivered through registers that can be found either in the ceiling or high on the wall in older homes or through registers on the floor in newer homes.

Registers are small rectangular metal grates that can be opened or closed using the lever on the grate. Furnaces also have a return grate in the same room to allow for the undesired air to be removed from the room.

Oil heating technology from Viessmann is clean-burning and efficient to deliver maximum performance and comfort year after year.

Weil-McLain's high quality oil-fired boilers can be designed to fit the tightest spaces, and feature boiler controls that are easy to use and optimize operation for comfort while maximizing energy savings.

The Trio is the result of 50 years of engineering and manufacturing experience and it address your three most common concerns when choosing a boiler: efficiency, longevity and environment.

Lennox® furnaces are some of the most efficient and quietest heating systems you can buy. They're engineered for perfect warmth and savings. 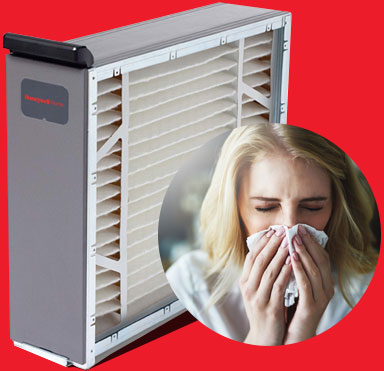 Improve the quality of the air in your home

Concerned about pollutants in your home? Problems with humidity in the winter? If you have a furnace or central AC Santoro offers a wide range of Indoor Air Quality components from Honeywell that are designed to improve the air in your home year round. Choose from advanced air filtration, UV light purifying systems, whole home humidifiers and dehumidifiers that can make your home a safer, more comfortable place to live.